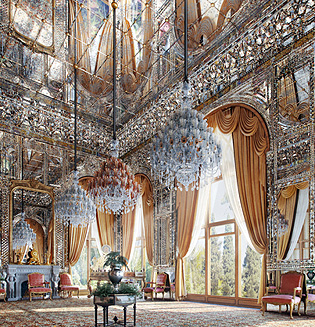 The Golestan Palace is the former royal Qajar complex in Iran's capital city, Tehran. One of the oldest historic monuments in the city of Tehran, and of world heritage status, the Golestan Palace belongs to a group of royal buildings that were once enclosed within the mud-thatched walls of Tehran's arg ("citadel"). It consists of gardens, royal buildings, and collections of Iranian crafts and European presents from the 18th and 19th centuries. The distance is 20.6 Kilometers which is 33 minutes. 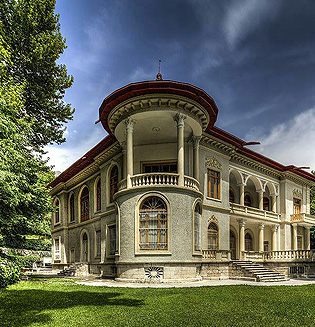 The Sa'dabad Complex is a 300 hectare complex built by the Qajar and Pahlavi monarchs, located in Shemiran, Tehran, Iran. Today, the official residence of the President of Iran is located adjacent to the complex. The complex includes more than 180 hectares of natural forest, streets, qanats, galleries, and museums. The complex was first built and inhabited by Qajar monarchs in the 19th century. After an expansion of the compounds, Reza Shah of the Pahlavi Dynasty lived there in the 1920s, and his son, Mohammad Reza Pahlavi , moved there in the 1970s. After the 1979 Revolution , the complex became a museum. The distance is 9.9 Kilometers which is 25 minutes. 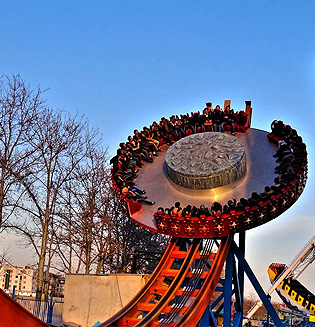 Eram Amusement Park is the largest theme in Iran. The park was established in 1972 by Assadollah Khoram , after whom the park was named until 1979. Eram Park is located on the Tehran–Karaj Freeway in Tehran province and covers an area of 70 hectares (170 acres). Eram Park consists of two lunaparks with 28 facilities with more than 120 devices for children and adults, Tehran Zoological Garden with more than 110 species, and an 8-hectare (20-acre) lake for barefoot skiing , cable skiing,canoeing,rowing, and kayaking. It also has variousfast food restaurants, cafés, and other restaurants. The distance is 16.1 Kilometers which is 24 minutes 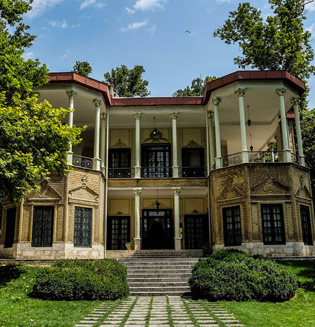 The Niavaran Complex is a historical complex situated in Shemiran (northern Tehran), Iran. It consists of several buildings and monuments dating back to the Qajar and Pahlavi eras.The distance is 16 Kilometers which is 27 minutes. 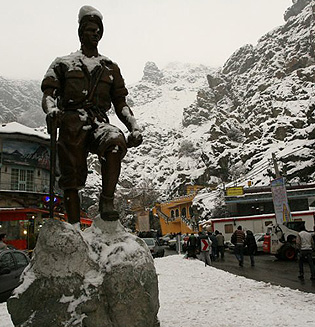 Darband , formerly a village close toTajrish, Shemiran, is a neighborhood inside Tehran's metropolitan limits. It is the beginning of a popular hiking trail into Mount Tochal, which towers over Tehran. A chairlift is also available for those not interested in hiking.The Persian term darband translates to "door of the mountain" (band, a variation of vand and fand, meaning "mountain").The initial start of the trail at Darband is about 250 metres long and is dotted with a number of small cafes and restaurants. These are quite popular and are busy in the evenings, as locals and tourists alike visit the many hooka lounges along the trail. The distance is 10.9 Kilometers which is 26 minutes.